We tell you all about the new TM6, features, price, differences from its predecessor, availability, new features, improvements, good and not so good things, all the details about this new model.

As expected, the pressure exerted by the strong competition in the world of kitchen robots has ended up accelerating the output of this new Thermomix model, and that is that Vorwerk It needs to stay ahead of the competition and for this it is necessary to evolve quickly, incorporate functions demanded by users and many times have triumphed in models of other manufacturers and we miss our beloved Thermomix.

TM6 Recipes: The best recipes in the thermomix for TM6

Every day we add new recipes, all compatible with the TM6.

One of the first questions asked by users is: How much does the new TM6 cost? - the price of the TM6 has increased with respect to its predecessor the TM5 until reaching the 1259 €, from the company will justify this rise by technological improvements, only time will tell if the strategy of the brand works as it has done previously.

The Thermomix has never been economical, it was not foreseeable that it would come down in price, but go up? It will dawn and we will see, it is not that the price difference is much - it is rather a psychological barrier to be the most expensive kitchen robot, and thus get away from the competition that also has expensive models.

Goodbye Cook-Key! how it should have been from the previous model, the TM6 incorporates the serial WiFi, without having to buy the device separately. It makes use of cookidoo to give access to the thousands of recipes, which are still by subscription, I would have loved them to be free, but it is not, it comes with a subscription for 6 months from which you will have to pay a monthly fee to be able to do use of them.

The TM6 has a new larger screen that reaches the 6.8 ", it is still tactile but it looks better and there is more space to see the recipes correctly.

One of the most anticipated developments of the TM6 is its ability to cook at low temperatures for longer - up to 8 hours - the so-called slow cooker, which has become very fashionable today. The new model has better temperature control, but let's be honest - it's something that could have been implemented in the TM5 with a firmware update.

A variant of the previous one, the TM6 can cook under vacuum (sealing food in special bags) and simmer them. It is something that we are convinced could have been implemented with a software update in the TM5 but they preferred to release it in a new model - almost the same as the previous one.

The new TM6 allows to cook at higher temperatures, accompanied by a strict safety control that evaluates for example the temperature of the ingredients, if a step asks you to add cold water and you add warm water instead, the Thermomix will stop and warn you of the error. All a success in security.

The new balance of the TM6 allows you to weigh more accurately, gram to gram, so that we can obtain much more heterogeneous results, and it is the confectionery that will take advantage of this important improvement. Another point in favor of the new TM6.

With this new mode, we can prepare dishes that require fermentation, such as yogurts, cheeses, masses and more. It can ferment for up to 12 hours. Again this option could be included by software in the TM6.

The TM6 has more memory, in total 16GB internal storage, something that is appreciated as it will allow access to more recipes and greater fluency.

An intelligent cleaning mode, which will facilitate the cleaning task of our Thermomix. It is assumed that it will be able to adapt to the last preparation made, it is not the same to wash remains of dough than caramel. Very interesting this new option since it will save us time.

The new engine that makes the heart of the TM6 can go from the 40 to the 10.000 revolutions per minute, with a consumption of 500W. A considerable improvement over its predecessor.

Finally we have a flexible spatula that allows us to reach every corner of the glass - it was time!

New beaker with rubber base

The new model of the Thermomix - the TM6 - has a more advanced design of the beaker, with a rubber base that avoids vibrations and seals better.

Is it worth buying this new model?

A resounding YES, do not forget that the Thermomix does not depreciate easily and the previous model keeps its price practically intact. If we can sell it and make the leap to the new one, we will be able to enjoy these new features that will give us access to more recipes and better results. 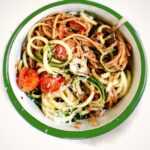 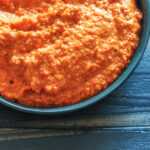 Romesco sauce in the Thermomix 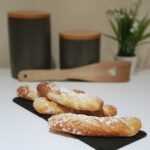 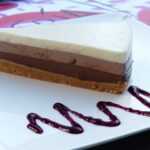 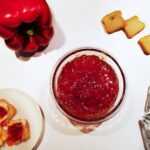